This article was featured in Forbes, Fortune, and Entrepreneur magazines. Read about ﻿our continued focus on trust and customer success and how Loeb has set the standard for electrical and lighting services and supplies.﻿ 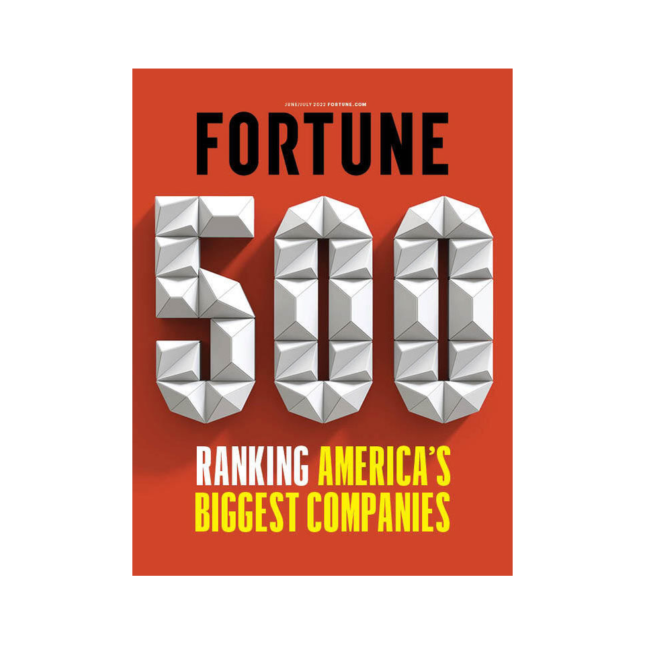 Founded in 1912, Loeb Electric counts over a century’s worth of history and growth in the electrical industry. Today, it is one of the country’s largest independent electrical and lighting distributors and remains family-owned and -operated.

Originally The Avery & Loeb Electric Company, founders Oscar Avery and Arthur Loeb, Sr. first began as suppliers to the burgeoning radio and electrical industries until operations ceased during the Great Depression. A short time later, they reopened as Loeb Electric, passing from one generation to the next with Arthur’s son and grandson later at the helm.

“Over the last 110 years, we’ve remained focused on one priority—customer success, which is built on trust,” says president and CEO Charles Loeb, who took the reins in 1982 after starting his career at the Loeb Electric counter. “Within these walls, the word ‘trust’ means more than any other. I trust my team every day to make the best decisions to support our customers, and our customers trust us to deliver on our word.

“We pride ourselves on delivering unmatched service and the best possible customer experience. After all, anyone can sell materials,” he adds. “But at the end of the day, success comes down to relying on someone you trust—and we know trust is earned.”

True to that ethos, the company’s core values center around people, trust, commitment, and innovation. Yet one of Loeb Electric’s greatest assets as an independent electrical distributor is its ability to be nimble.

“We make decisions fast and provide flexibility when customers need it,” says Loeb. “Our team is extremely agile, with the ability to develop custom solutions based upon customer need.” From material supply to project management and logistics support, Loeb’s cross-disciplined
experts strive every day to be an essential part of their customers’ success. “We begin by understanding the customer’s objectives and their performance metrics, then map out our solution, which we oversee from end to end. We have made significant technology investments as well, which provide our customers quick visibility to their key metrics through reports and dashboards,” he says.

Through their customer-centric focus, Loeb Electric is a trusted partner on commercial construction projects and national businesses across retail, health care, financial services, and other industries. 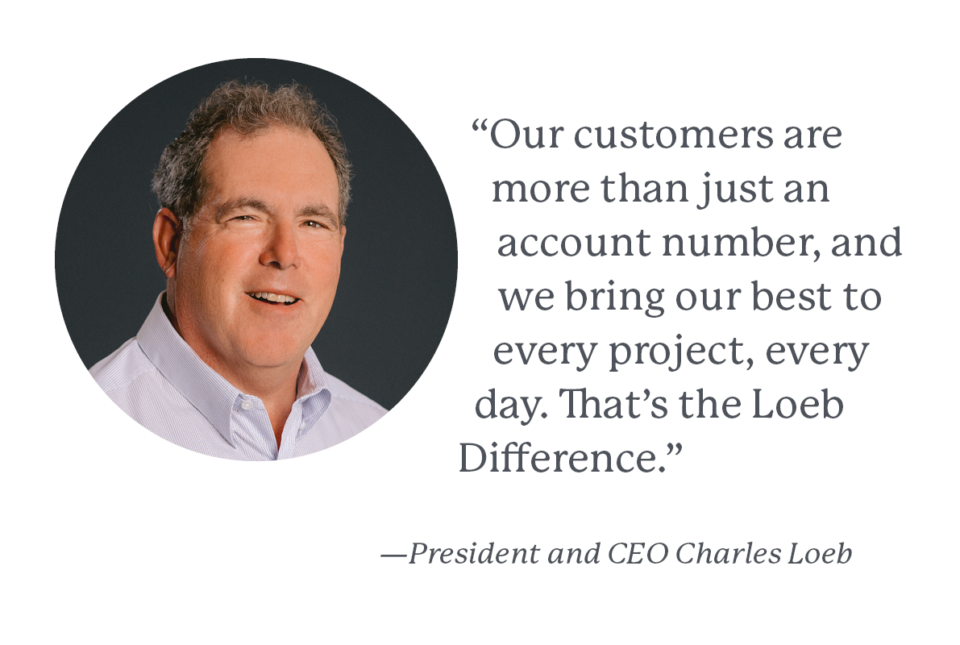 “Our goal is to be where customers need us, whether that’s behind the store counter, on the job site, or online,” Loeb explains. With nearly 300 team members, five physical retail locations, and massive warehouse and distribution facilities, the Loeb Electric team is focused on meeting all of their customer’s electrical and lighting needs, whether it is day-to-day material or long-term, large-scale projects across the nation.

“Customer centricity through trust, expertise, and innovation is where we shine,” says Loeb. And while resilience may be the key to longevity, Loeb Electric’s reputation for top-tier, trustworthy service is what truly counts.

The Loeb team is here to get you the right materials and provide the services you need, because downtime isn’t an option.